The Canal System and Bridge Heights in Cape Coral

In this map you can see the complete canal system of gulf-access locations within Cape Coral. Grey marked areas are freshwater areas and have no access to open water. All other areas are gulf-access canals and show bridges and their heights. These have to be passed in order to get to an exit and into the Gulf of Mexico. Some locations will also have to pass the boat lock in the Southwest area of Cape Coral. 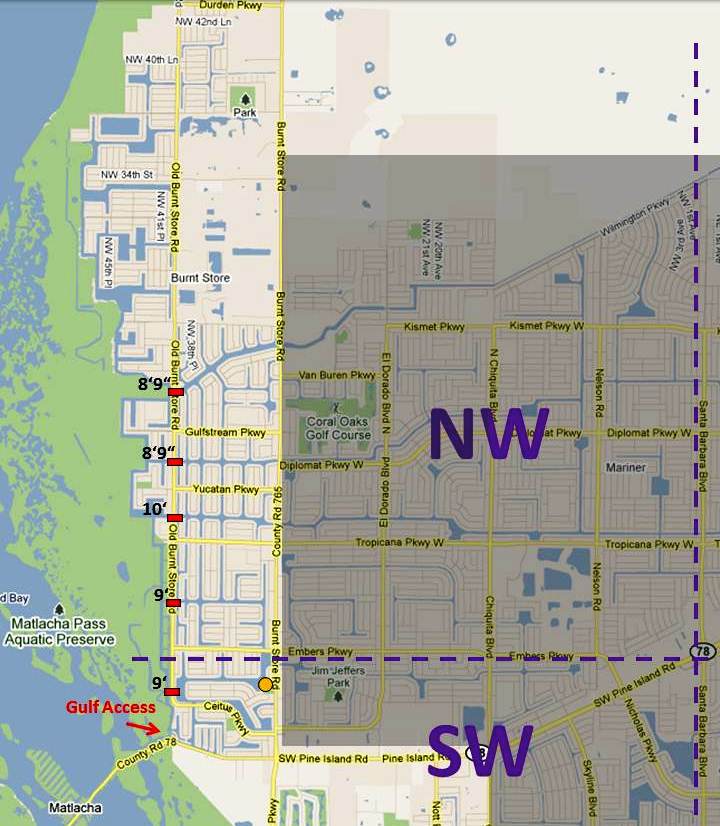 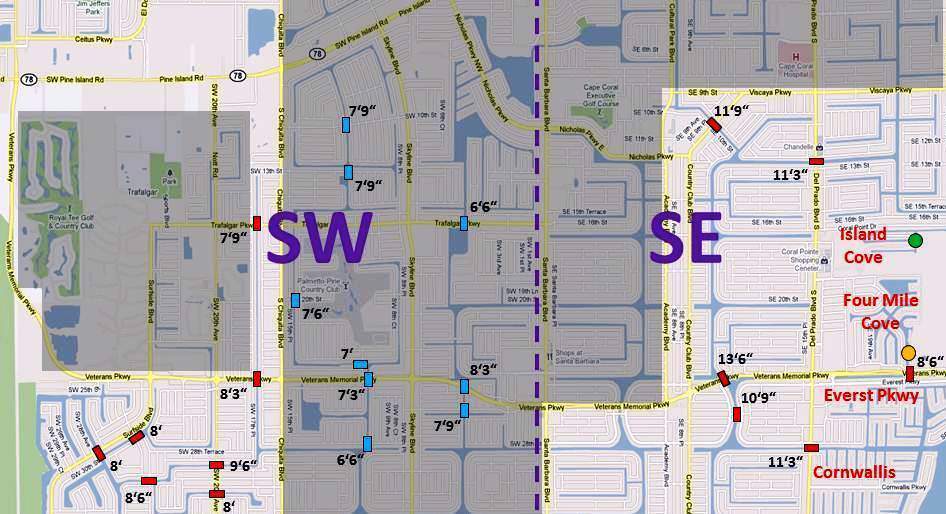 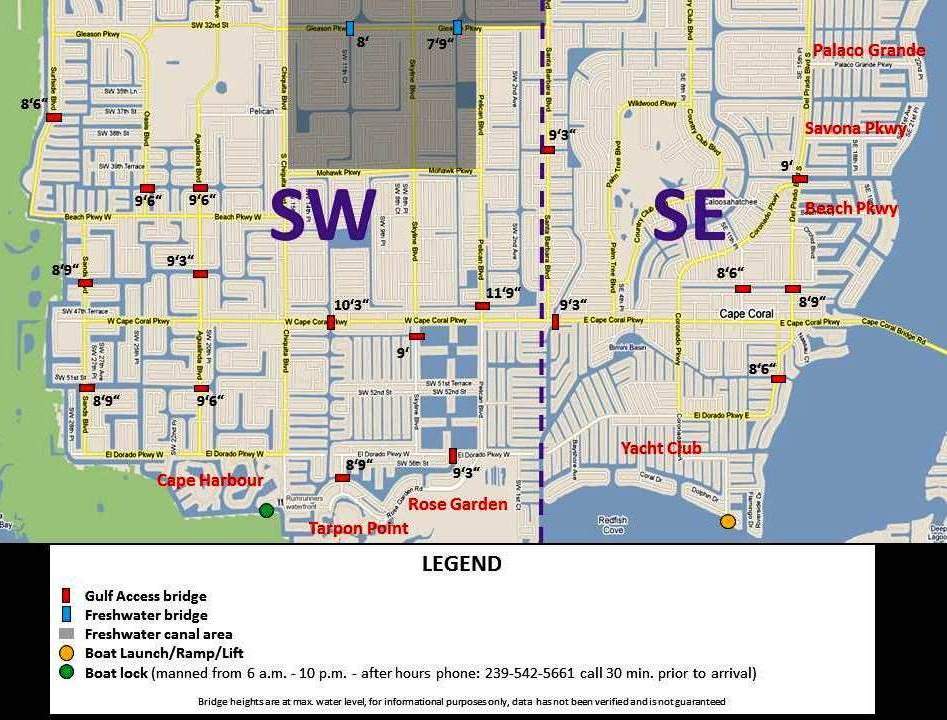 The Southeast of Cape Coral has numerous exits into the River, however all boats have to go south in order to reach the Gulf of Mexico.