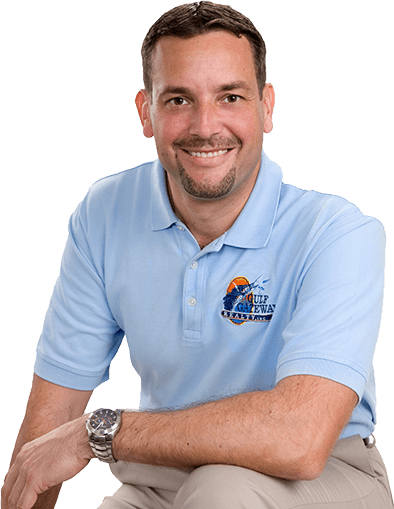 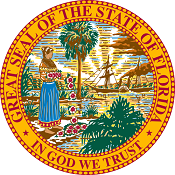 The state of Florida is located in the southeastern United States and is commonly referred to as the "Sunshine State". Florida is bounded as a peninsula by the Atlantic Ocean to the east and the Gulf of Mexico to the west and is a very popular destination for tourists due to the many sunny days. The capital is Tallahassee and not as generally suspected Miami. With a south-north extension of 447 miles and a width of 330 miles, the state is a lot smaller than the Federal Republic of Germany. The entire coastline adds up to almost 2,500 miles of which about 1,640 miles of sandy beaches. Florida has more than 14,655 miles of rivers and waterways, with the St.

Johns River the longest with 375 miles in length. 19 commercial and 12 international airports ensure that every traveler can choose the right route without having to travel long distances to their final destination. The international airports in Orlando and Miami accommodate more than 89 million passengers annually. Also, 14 deep water harbors ensure a lively trade via the waterways. The Sunshine State consists of 67 administrative districts called counties and covers a total of 65,753 square miles. In 2018, the population is about 21.5 million. The 10 largest cities are: Jacksonville, Miami, Tampa, Orlando, St. Petersburg, Hialeah, Port St Lucie, Tallahassee, Cape Coral and Fort Lauderdale.

Here is an overview of the regions and administrative districts: 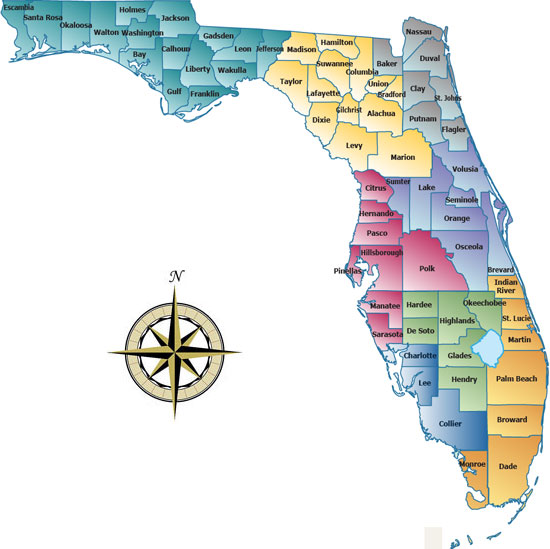 At the southern tip, where the land area is very narrow, lie the "Florida Keys". Divided from top to bottom are the "Upper Keys" with Key Largo and Islamorada, the "Middle Keys" with Marathon and the "Lower Keys" with Big Pine Key, Torch and Sugarloaf Key. At the end of the Keys and thus also at the southernmost point of the continental USA is Key West - on the way you cross more than 40 bridges connecting the Keys.

Disney World Florida is world renowned for its abundance of theme parks: the famous Disney World with Universal Studios in Orlando, the Kennedy Space Center in Cape Canaveral, Adventure Island and Bush Gardens in Tampa, Big Kahuna's in Destin, Wet 'n' Wild and the Animal Kingdom, as well as SeaWorld and Discovery Cove in Orlando and the Miami Seaquarium in Key Biscayne, just to name a few. There are also a variety of nature reserves such as the Everglades National Park, the Big Cypress National Preserve, the Biscayne National Park or the Dry Tortugas at the end of the Florida Keys. Popular tourist attractions here are of course the alligators, airboat tours and fishing.

There are also zoos and botanical gardens, such as the Zoo and Jungle Island in Miami, the Palm Beach Zoo, Naples Zoo, Lowry Park in Tampa, the Gatorland in Orlando, the Botanical Gardens in Sanford or the Big Cat Rescue in Tampa.

With more than 1,450 golf courses, the state of Florida is the world leader and offers golfers a true mecca throughout the year due to the sunny weather. Naples ranks first with more than 90 greens. The nice thing is that the majority of golf courses are public and playable for anyone without membership. There are no minimum requirements such as handicap.

With almost 500,000 hotel rooms and hundreds of thousands of vacation rentals, Florida is well prepared for the onslaught of sun worshipers. Also interesting is that millions of people come and stay on campsites every year.

With the sheer endless possibilities offered to boaters and water sports enthusiasts, Florida is the # 1 water destination. By the way, in the state of Florida there are more than 4,500 islands larger than 25 acres. About 8% of Florida's land mass consists of lakes and waterways.

For hikers, there are a variety of trails to discover, but only at low altitude. The highest natural point is 3,502 feet near Lakewood in Walton County.

Most of Florida is part of the Eastern Standard Time Zone (EST), the difference to Central European Time (CET) is six hours behind.

The western part of Florida and cities such as Panama Beach and Pensacola belong to the Central Time Zone and are seven hours back to Central European Time. The time from midnight to 12 noon is marked with a.m. (ante meridiem) and the time from 12:01 to one minute before midnight with p.m. (post meridiem). Florida also has summer and winter time. Summer time is usually from the first Sunday in April to the last Sunday in October, which sometimes differs slightly compared to the time change in Europe.

The climate in Florida is generally pleasant, especially in winter when you can enjoy extremely mild days. Entry without a visa is possible if you are in possession of the machine-readable passport. This should be valid for the stay as well as six more months. When entering the United States, biometric data must be collected, including fingerprints and a photograph. For stays longer than 90 days, a visa must be requested. For all tourists the electronic travel authorization system, also called ESTA, is in place.

The most famous cities in Florida are Miami and Orlando. There are not only a variety of recreational activities, attractions and amusement parks but also the opportunity to go on a cruise. The Caribbean islands are easy to reach. 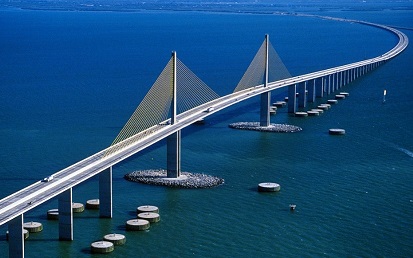 Many people come for a vacation in the Sunshine State and enjoy the temperatures during the winter. A second house that you buy or build and place into a profitable rental program, serves as the perfect home base for exploring Florida. The most popular cities in Southwest Florida are Cape Coral, Fort Myers, Fort Myers Beach, Bonita Springs, Estero, Naples, Marco Island and Sanibel, as well as Captiva Island.

The largest outlet mall in the world, the Sawgrass Mills shopping center, is located in Sunrise near Fort Lauderdale. There are more than 500 shops in air-conditioned area, as well as any imaginable brand. If you look at the mall from a bird's-eye view, the image of an alligator that served as a model for the shape becomes clear. The entire colossal shopping mall covers an impressive area of 221,000 square feet! 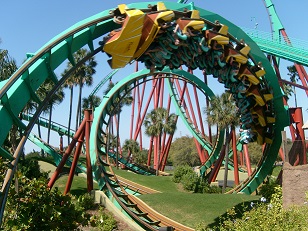 The most famous bridges in Florida are the Seven Mile Bridge, which is 11 kilometers over water in the Florida Keys between Bahia Honda and Marathon and the spectacular Sunshine Skyway Bridge between St. Petersburg and Bradenton, which is almost 9 kilometers long and about 60 meters is high (to let cruise ships pass) and carries an estimated 50,000 vehicles daily.

Florida is also known for a variety of theme parks. Orlando has more than 50 of them, including Walt Disney World Resort, Universal Orlando Resort, Magic Kingdom, Epcot Center, Disney's Hollywood Studios, Disney Animal Kingdom and many more. Approximately 45 million visitors annually experience the Walt Disney World Resort, which is operated on a vast area of ​​37,000 acres with more than 58,000 employees.

Other recommended amusement parks include SeaWorld in Orlando with Aquatica and Discovery Cove water parks or Wet `n` Wild. Winter Haven is home to Legoland Florida and Tampa to Busch Gardens. Aerospace enthusiasts can explore the Kennedy Space Center in Cape Canaveral.

Video about the Region of Southwest Florida and its amazing landscapes